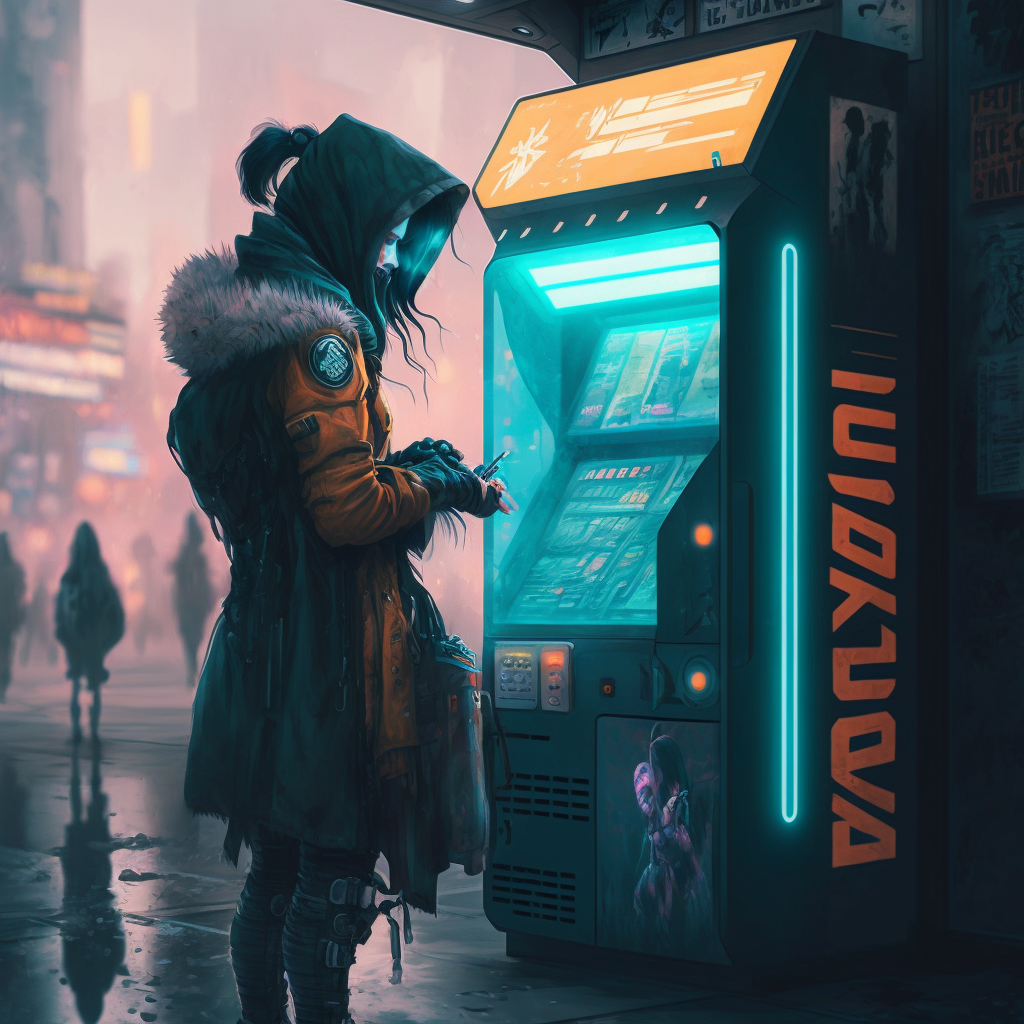 We finished a really fun campaign of The Sprawl a while back, and it’s been rattling around in my mind. It’s a great game, but it has a few assumptions and structures which are essential to play that have some inobvious elements. The one that sits most strongly in my mind is the Hit the Street move.

This is the move that players use to get things like gear and information. It’s one of the big drivers of play because as a move it’s a generator of problems and motivations to bring things to life, and it’s also the gateway to other moves like getting cyberware. However, it can feel a little odd to invoke for things that seem like they should be much lower stakes or a normal part of life. I know that I, at least, was a little bit leery to engage it for the simple reason that it’s a bit like playing with fire. I was happy to do it when I was looking for that sort of scene, but in other situations, it felt like too much.

And that was a very practical problem. Because we didn’t use the move as much, it also meant we didn’t use the Create a Contact move nearly as often as we could have, and in turn, that meant we gave up one of the more fun knobs in the game. Now, for our particular game, it worked out ok because we had a number of invisible compensations, but that doesn’t seem like a very sustainable solution.

The trick, I think, is to add one more basic move to the game (as well as a couple more item tags). It’s a very simple move, and critically, it’s a move that I think you can safely introduce to any Sprawl game without concern because there’s a good chance it will never get used, but by never getting used, it still provides value.

Sounds weird, yes. But roll with me – here’s the move

When you go to to the store to buy something like a civilian, you can spend cred to buy gear or other services.

So, there you go. For color “the Kiosk” is really any shopping opportunity, ranging from a high end showroom to whatever your amazon equivalent is, and if your cyberpunks want to be good consumers, then shopping is a breeze. Most of these things even come with free shipping! Why would you ever Hit the Streets and deal with all that uncertainty?

Luxe – It’s really nice, and obviously so. Exactly HOW it’s nice is up to you. It might be more obviously decorated or of a fancier brand. Perhaps it’s a limited edition, ultra rare collectors item. Whatever it is, anyone in the know is going to notice.

Super Luxe – Oh, sure, that ultra rare collectors item is nice, but did you know the creator had 5 initial prototypes with unique engraving and three of them were destroyed in a workshop explosion, and the rest of the line is based off the remaining two? One of them is in that big glass case in the foyer of HQ. Oh, the other? Well, let me show you something.

Legit – this item was procured in the correct manner, and complies with all regulations and agreements associated with its extended usage contract. It is properly registered in all appropriate databases, keeps its licensing current and of course allows authorized access for maintenance and compliance purposes.

If it’s not obvious, legit is very much like owned as a tag that is there to be an absolute lighting rod for complications. Exactly what sort of complications will depend a bit on the specifics of your setting, but for most things, the easiest way to think of it is like a smartphone or an EZ-Pass[1]. It leaves a trail, is easily compromised by folks with permissions, and it could even show more sophisticated behaviors, like geographic awareness. Guns might not be able to fire in places like airplanes or secure corporate facilities.

For the handful of things that may not have built in smarts (like, say, explosives), the legit version still has a serious data trail that goes back to you, and can include things like unique molecular signatures in explosives, effectively giving an explosion a serial number.

Implicit in this is the idea that the gear that characters use has the serial numbers filed off, so to speak. However, it’s also been done well enough that it doesn’t immediately raise red flags as being off the grid. For that, see the Street tag, below.

If you want to lean into the setting a little bit more, an alternative to the legit tag is a “brand” tag. To set this up, take the corps in your game and have the table come up with a couple product brands that corp is behind. Feel free to have fun with this. Once you have this list, you can now use these all as tags which serve as some combination of legit, luxe and super luxe. There’s no real mechanical change, but knowing which corps are behind which brands may help provide a bit of direction to the complication that arise.

If you use the legit tag and have a sense of how it fits into the world, consider also introducing the street tag.

Street – This is an off the shelf item that’s been hacked, modified or has otherwise violated its TOS. It’s still entirely usable, and no longer has the drawbacks of a legit item, but the modification is also obvious to inspection.

In practice, this draws a different sort of complications – Street items are going to triggers sensors and alarms in the sort of places that pay licensing fees.

To make the subtext into text – this is not a move that the characters want to make. Buying over the counter is convenient, and may be great for civilians, but you absolutely don’t want to be trying to raid a Labryintel facility with guns running Labryintel software.

Rather, what this does is make it very clear *why* you are hitting the street, and maybe gives a little nudge in that direction.

1 – This is an American thing, I dunno what the equivalents are elsewhere, but it’s a little transponder like widget you put in your car so you can drive right through tolls and have them auto-charged against your account. Super convenient, and also an incredibly efficient way to track where your car goes.