Someone asked me if I was going to open up TinyFate, and I realized that

So, I’m trying an experiment, since TInyFate has been nothing if not an ongoing experiment. I have migrated from the powerpoint style presentation over to google docs, with the expectation that I will see if it can generate a decent epub file once this is done.

But in the meantime, the experiment.  I’ve posted the file to google docs, and have comments turned on via this link: (LINK REMOVED: SEE EDIT FOR DETAILS)

Don’t know how long I’ll keep it open, but if you want to take a look and weigh in, it would be appreciated.

EDIT: Feedback has been amazing, thank you to everyone who commented.  I’m taking the link down from this post, so I can start working on version 0.4.  I’ll leave comments on for the moment, because I have a request: If you helped, I want to credit you. Leave a comment here or there with how you would like to be credited, and I’ll make sure names make it into the final doc.

Once again, thank you everyone who contributed. It shined the light on some (obvious in retrospect) blind spots.  I’ll absolutely throw up a flare once 0.4 is ready. 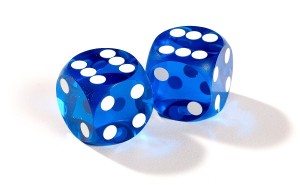 My son is 7, and very excited about this whole RPG thing. We tried Adventure Maximus when he was a little younger, and recently have tried playing with both No Thank You Evil and some simple homebrews I’be cooked up, and while we had fun, it is very clear that I need to step back from a lot of my assumptions.

The kid is unquestionably creative and imaginative, and play is often accompanied by strings of declarations about things that he has decided are true. Interestingly, these are not declarations about what happens, but rather about background details or related matters. To be nerdy, he is using a lot of authorial power but not interfering with the narrative. He also is very clearly merely tolerating any mechanic more complicated than “You roll more dice for things you’re better at”. Not that he doesn’t understand the rules, they just interest him less than the fact that rhino powers have been giving his character headaches and making him chew on furniture.

(Relatedly, he is entirely open to questions like “What do you do that causes problems?” And his answers are on par with any adult tabletop players I have dealt with.)

I had been prepared for other surprises. I started playing a little bit later than him, and I definitely spent a lot of time obsessing over the elements of solo play (chargen and such) so I skewed very mechanically. I don’t know if that was what I wanted or if it was merely the only option I had, but I was ready for a need to create a bunch of fun crunch.

There are definitely a few things that worked well. He likes moving a figure around a map, no question, but not in a grid kind of way. More like an Indiana Jones travel map kind of way. He similarly likes picking a figure or stand as “my guy” and talking about it. No Thank You Evil assumes every kid has a companion, and that’s a great piece of tech, since it gives the GM a “voice” in the scene, even if there are no other characters present.

But few of those things trickle back to mechanics or to the shape of conversation as we played. I should frankly note that we could do diceless play with no particular problems, but part of the point of this is to get him a little comfortable with rules and, if I am honest with myself, to subject him to the vagaries of the dice, so that failure is not just a function of dad being mean.

So I’m going to steal from a very flexible system called Above The Earth by Bryant Durrell. This is a brilliant little supers RPG that forgoes stats and skills in favor of simply handing each player a hundred dice and letting them describe what they’re doing. When there’s uncertainty, the player simply rolls however many dice they want, slowly depleting their reserve and bringing the game to endgame. That base mechanic of grabbing a number of dice based on how much it matters seems like it would line up very well to my son’s colorful descriptions of what he’s doing. It introduces some very basic resource management without requiring constant calculation.

I’ll hack it, of course. The number of dice is the first big consideration – I am not giving a 7 year old 100 tiny dice. That is a recipe for disaster. So the question is “12 or 36?” Why those numbers? because those are the number of dice in a Chessex block of 16mm and 12mm dice respectively. That means that we can get a set that are his, which is cool and important for a kid.

So, numbers. The core mechanic is pretty simple. Pick the best die of whatever number you rolled. 6 is awesome, 1 is “uh oh” with appropriate spread in between. It’s fast and loose, which is fine, but it is pretty easy for him to get “higher is better” (as well as “more sixes is more awesome, but snake eyes is BAAAAD”). That means that I don’t want to encourage rolling lots of dice, since 3 or 4 is enough to be fairly confident of a solid result. That seems like a good argument for 12 dice (which also have the benefit of being larger).

The problem is, of course, refresh. With 12 dice, he’ll run his pool down pretty fast unless there’s a solid replacement mechanic in place. This isn’t hard to do – dice can be rewards or the result of “compels” or similar. This could be a simple as just handing him the dice or as complicated as giving dice values to things that he can borrow dice from as he uses them. Hell, I could treat companions as investment vehicles – pour 4 dice in the pet dinosaur and it becomes a pool of 6 dice you can draw from so long as the dinosaur helps out. I probably won’t do anything like that, at least right now, but it’s probably good to have an avenue for future fiddliness.

Ok, I may have persuaded myself to go with 12. Next step is to try it out with the dude and see how he likes it.