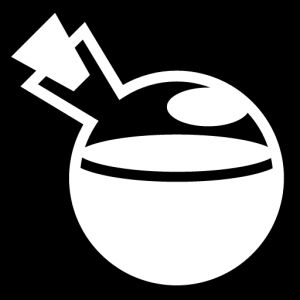 Ok, given the pre-eminence of magic in D&D, it is very interesting to see the ways that this shapes the play experience. The most critical may not be th most obvious – timing. Action in D&D is set up in such a way that the default unit (a round) is the amount of time it takes to cast a spell.

That may seem counterintuitive at first. A round is a unit of time, after all. But stop and consider the many discussions of “what is a round” and how it is made abundantly clear that one round does not equate to one attack, but rather to a back and forth of blows, with a net effect measured by the attack. There is no such confusion regarding spellcasting. One round == One spell. ^f1

If you bear that in mind, a lot of the thinking in the 4e design makes a lot of sense. One of its clear drivers was to give every character something cool to do. They did not call all these things spells, but structurally, that’s what they were. Everyone gets to do a cool thing on their action!

It is hard to fault that sentiment, it genuinely is. I would go so far as to say that it was one of the parts of 4e that genuinely worked very well, so far as it went. Of course, it invited other problems with the list of potential actions spinning out of control (especially in conjunction with the way items were handled), but the core sentiment was solid.

By itself, that’s pretty awesome (something that the 4e-based Gamma World illustrated) but it broke down when it ran into the other pillar of D&D spells – resource management.

See, we sometimes talk about D&D as a resource management game, and we envision detailed inventory sheets, tracking the number of torches burned and feet of rope consumed. And while there may be some of that, what we’re really talking about is managing spells (and expendable magic items). This basic fact lies at the root of problems like the “5 minute workday” where adventurers rest up, take on the first encounter, burn through their best renewable resources (that is, best spells)” then rest up for another 8 hours and repeat.^f2

4e almost escaped that pattern, for good or ill. Setting aside daily abilities, you could adventure for a very long time, because each encounter (or scene, depending on how you looked at it) offering the opportunity to largely reset. With that in mind, it would not be hard to imagine that you could get by without constantly having daily abilities ready. Unfortunately, D&D also offered a highly tuned balancing system that emphasized building challenging fights, and things were tuned tightly enough that the daily’s made a pretty big difference. That (combined with potions) was enough to bring back the hoarding of resources. And on some level, that’s what the audience wants.

My big lesson from this is to view resource management as a preference, not something essential to our games. If it’s a requirement, then it’s a shackle, but if it’s something that might make for some cool, we have a lot more flexibility.

^f1:Ok, yes, there’s a qualifier for stuff like quickened spells and the like, but I don’t think any of that undercuts the premise. Arguably , it strengthens it, because it explicitly calls out that we don’t have such a think as a quickened stab. But it is a large part of why D&D does not really use any rules that would make daggers dangerous (as a shorthand for combat rules other crunchy fight games have tried).

^f2: Yes, obviously there are a lot of good solutions to this problem that don’t require much mechanical tweaking, but it’s a problem that comes up often enough to be a real thing.

1 thought on “The Impact of Magic”