More things I want to see in 7th Sea:

So with that in mind, I tried my hand at drafting up  a couple of Duelist Styles for the new 7th Sea. 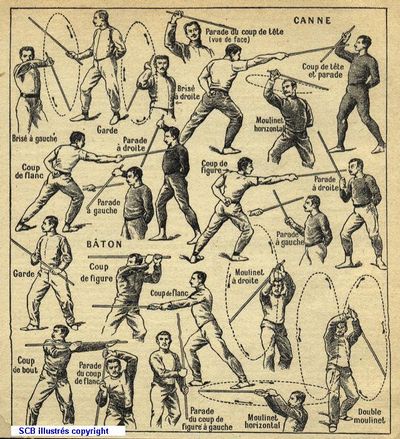 The sword is the weapon of a gentle, but it is not always the right tool for the job. The roots of the Lacanne school can be found on docks across Theah, where dozens of different stick and club-fighting traditions evolved among sailors and dockworkers. It was treated as a set of tricks and techniques a gentle might use when fighting with cane, stick or staff, passed around and taught informally, but never recognized as a duelist style. This changed in late 1659 when Camilla Nieves, a minor daughter of Castillean nobility who had learned the style to circumvent her Father’s insistence she not learn the sword, beat eight different members of the Duelist’s Guild over the course of one summer, and it was deemed the least embarrassing course for the Guild to recognize the style. Until recently, it had been something of a footnote on the books of the Guild, but it has recently seen an upswing in popularity among Vesten who do not wish to look like warriors, but still wish to be capable of defending themselves.

Lacanne applies fencing maneuvers to fighting with canes and clubs. The signature weapon of the style is a weighted cane in the style a gentle might use, but it works equally well with any light club as long as a staff or as short as a baton.

When you wield a cane or baton in one or both hands, you can spin it with speed and force, sufficient to baffle and harm your enemies. You may perform a special Maneuver called Spinning Strike. Spinning Strike functions identically to either the Bash or Feint Maneuver. The Duelist chooses the effect of Spinning Strike when she performs it. 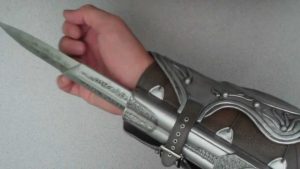 The Rebus school predates the Duelist’s Guild, albeit in slightly different form. Originally, it was a society of collectors and enthusiasts for “Puzzle Swords” – swords designed with clever extra mechanical trickery, like hidden blades, secret compartments full of flash powder, poison reservoirs and so on. The Rebus School focused on training duelists to take advantage of these tricks and surprises, and when the Duelist’s Guild was formed, it was quickly recognized.

Historically, this school has largely been constrained to Montaigne, where most Puzzle Swords come from and where there is the most interest in such things. However, a new branch of practitioners has recently emerged among Scholars, most notably those members of the Invisible College who have found an urgent need to defend themselves. This “new school” does not use Puzzle Swords, but instead relies on other technological tricks, ranging from blade hidden in boots to spring loaded daggers up the sleeve. The split between the old and new school has inspired new tensions, but the new school has enough problems with the inquisition that it has not yet evolved into a full fledged schism.

If armed with a hidden weapon or device (either in a Puzzle Sword or as a concealed Gadget), the duelist may perform a special maneuver called The Surprise as they reveal this hold out. The surprise may function as Slash, Parry, Feint, Lunge or Bash, depending on what form it takes. You may only perform The Surprise once per round.

By default, The Surprise assumes that the player will not be worrying about the details of the surprise until it’s revealed. That is, the player does not bother making note of what kind of gadget he has, and just describes it as it’s revealed. This may not suit every player well, especially those who like preparing these things, and for those players, this option exists.

If armed with a hidden weapon or device (either in a Puzzle Sword or as a concealed Gadget), the duelist declares what manner of device it is at the beginning of the round. When she performs the Surprise maneuver, it follows the rules of that particular type of gadget, as follows:

Once a particular gadget has been used, a new one may be declared at the start of the next round, and the duelist gains one extra die to build the new pool.

PS: If you haven’t, you should totally check out Rob Wieland’s thoughts on stories in 7th Sea!

5 thoughts on “Taking a Swing at Swords”