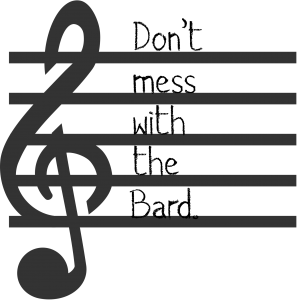 The roles seem well received so, at some point, I may need to write those up a little more. I suspect there’s also a player version to be had, but that seems like a daunting task, so we’ll see how that shakes up.

But I’m still chewing on the underlying Santorini issue, and have ended up looping back to it from a strange vector. My son is 9 years old, and we had the opportunity to play some RPGs this weekend. This is not new, but we got to do more than we usually do, and it was somewhat illuminating to me because on many levels he is looking at the same issues as our Santorini player – he is enthusiastic and engaged, but disinterested in work getting in the way of play.

The first two sessions we played were back to back 5e D&D and Fate Accelerated, with the additional twist that it was the same character between the two. Neither game was a perfect match, but the things that worked and didn’t were very interesting to me.

For starters, his primary motivation in making a character was to get a pseudo-dragon familiar, something he had discovered existed in an enthusiastic read-through of the Monster Manual. I 100% cannot fault this and wanted to support it, so we did charge and talked about what it would mean for various classes and races, and he ended up making a human bard (with a 20 Charisma and the Actor feat, no less). He loved some of the explicit bits – the skills he was exceptionally good at, the specific spells, stuff like that. He really enjoyed looking through the backgrounds and considering the RP hooks, but he also ended up reading ALL of them in order to find ones he liked. He groaned at some of the bookkeeping and largely wanted me to write stuff down. All in all, there were a LOT of choices to be made, and he cared a lot about maybe half of them.

Actual play was decent. I stuck primarily to things involving skill rolls because – as the one fight reminded me – a lone level 1 character can be killed by a stiff breeze. That actually made it a little hard to GM, because I had to be VERY CAREFUL about potential threats, but he had fun.

The next session started with just porting the character to FAE and starting up. He was not too excited by the character. It had taken a long-but-specific list of cool things he could do and replaced it with a shorter-but-broader list that pushed more of the creative work onto him. Now, the Little Dude has no shortage of creativity, but he definitely felt this was less exciting than having explicit cool abilities. I could theorize a lot about this – the balance of prompts vs. creation, the dangers of the blank page, constraints breeding creativity and so on – but in practice lists of cool things are pretty fun and they are more what he wanted. I “cheated” and gave him 3 stunts to start out to try to mitigate this, but the reality is that it would really need to be longer. Also, aspects didn’t really grab him – I think they felt more like constraints than opportunities to his eyes, but it may also have been that because I ported quickly, his aspect list was a little uninspiring.

The actual play part went great. He did lots of cool stuff, I had less need of kid gloves, and he absolutely got to be a hero working towards his big plot (defeating the evil priest that had killed his noble parents and seized their lands, a hook that had come out of the 5e prompts). But in the end, he had liked D&D better.

All of which suggests a sweet spot somewhere between these two. A little bit less bookkeeping than D&D, but a bit more explicit than FAE. Curiously, those are probably also very good Santorini style goals. The “Less Bookkeeping” part is pretty obvious, but the “more explicit” bit might need a little unpacking because it is easy to think of FAE as a “light” game, one that’s easy to pick up and play. That’s largely true in terms of pure page count, but it absolutely pushes the burden of creative labor onto the reader and player.

That is not a bad thing in general, but it’s a problem for an introduction. Worse, it’s also a blind spot for our community as we think about these things. When things don’t work because of the level of creative labor they demand, we have a habit of (overtly or passive-aggressively) blaming the reader of the game for not being creative enough. This is…well, it’s lazy bullshit. The idea that “creative players” (carefully distinguished from “normal players”, of course) will solve these problems at the table is a tool of shame that spares the designer from needing to actually think about the human beings using their game. This problem is independent of whether you feel authority likes with the rules or the GM – this is about the utility of the rules, and authority is just a smokescreen to hide that. While I may personally lean towards the GM as authority in my play, holy crap do I appreciate how much clarity a system-centric approach brings to writing because there is less of an easy cop out (though it can still find its way in).

The game he ran is nominally a Fate game, but in practice, the only overlap is the use of the dice. The rest of it is all born out of his head in an amalgam of terms and visuals he’s encountered in other places (our character sheets look a LOT like something from the World of Warcraft UI). He has a lot of classic GM foibles – his insertion NPC can be a bit scene-stealing, and he sometimes narrates our response to events – but they’re normal learning stuff. What intrigues me most is that at some point he very strongly picked up the idea of mixed results (“You succeed but…”) to the point where he uses them ALL THE TIME, so that part may take a little practice.

But it also revealed another tidbit to me in his relationship with the dice. When he rolls, he is really looking at the dice for what happens. He will occasionally remember that there are modifiers and such, but he does not have any instinctive sense of there being some invisible target number which is translated too and from somewhere off the table. This was weird to me at first (since target numbers, difficulties, move tables and such are all second nature to me by now) but if I remove my own baggage, it makes all the sense in the world. Why would he want interstitial steps?

So assuming I want to build to that, there are a few options, and the double-edged part of it is that they lean towards die pool systems. That’s double-edged because die pools are incredibly robust in a mechanical sense, but also can quickly become cumbersome game delays.

Option 1 is Blades in the Dark or a variant (possibly Blades of Fate). The number of dice equates to the chance of success, the highest single result tells you what kind of outcome (good, mixed, bad) you get. Building the pool is pretty simple, so it’s speedy, but there’s room for a little mechanical tooth.

Option 2 is something in the Cortex family. The idea of the size of dice matching to effectiveness is very intuitive, and the trick is all in how pools are built and how rolls are used. More mechanical versatility here, but also greater risk of feature creep.

Option 3 is diceless fate dice. Use a simple diceless system to answer Yes/No, but then add in a fate die roll (I’d be partial to 2df, but whatever) to reflect the situation. Very easy to do, quite powerful and intuitive, but it would also take him on a path very far from “normal” RPGs, especially in terms of what dice mean. Not necessarily a bad thing, but something to keep in mind.

(Since someone will surely ask, no, PBTA is not option 4. It’s a table lookup system, and while I suspect he’d enjoy that exercise, it seems like a dead end. The parts of PBTA I think he’d respond well to – playbooks and stunt like things – are better represented with Blades in the Dark tech, at least for my needs).

All of which is bubbling in my head. Practically, we’ll stick to D&D. Once he’s comfortable with 5e, that is a game that he can play with people who aren’t me, and that’s valuable. But also, there is nothing this kid wants more than a Magic: The Gathering tabletop experience and the Ravnica Books have only fueled the fire for this. I feel like that setting prompt, plus his system needs could dovetail very well.

5 thoughts on “Lessons From The Young”