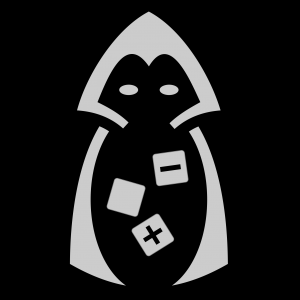 Blades in the Dark clarified a lot of things that Fate 2 and Spirit of the Century tried to do, so I decided to steal its tech to go back over some old territory, mashing it up with new technology where appropriate. So, hang on tight.

And done. You can extrapolate from there if you want, but that is the functional core, and to take it a step further, Poor and Superb only show up in very rare circumstances, so the heart of things is 4 steps. Compressing the ladder also means the honorable retirement of “Average” and years of discussions regarding the difference between mediocre and average. It also, I think, improves its conversational usability.

When you roll dice, you roll a number of Fate dice determined by the ladder, and pick the best one.

If it’s a (success) +, then you succeed, free and clear, based on the terms of the roll (more on that in a bit). This maps to a 6 result in BITD. Multiple Plusses map to a critical success.

If it’s a blank (Mixed), then you succeed, but the GM gets to complicate it in some way. This maps to a 4-5 result in Blades.

If it’s a – (Failure), then you fail, and what that means also depends on the terms of the roll. 1

If you’re mediocre, then roll 2df and keep the lower. If you’re poor, you just fail.

Skills, Approaches and Whatnot

In fine Fate tradition, this supports any kind of descriptors. Skills? Approaches? Professions? Descriptors? Whatever. They all work. But you need to pick one and run with it.

For illustration purposes, we’ll use approaches, but please consider it the tip of the iceberg. This will be largely familiar to anyone who has played FAE, but the main difference is that in addition to each approach having an implicit meaning, it has implicit failure states and these matter a lot on mixed rolls and failures.

For example, the failure states on Flashy are 1) Insufficiently flashy and 2) only flashy. That matters because by default, a mixed means that you were flashy enough, but the problem emerges because you were insufficiently Quick or Forceful or some other approach that might have mattered. In contrast, a full on failure is a failure to be sufficiently flashy.

These failure states are not cast in stone – situations can freely generate exception – but they exist to give a more clear default for how to handle what approaches mean.

When a roll is made, it has 5 components:

Action is either a whole thesis topic on its own, or perfectly obvious. The player has described an action which is sufficiently interesting, uncertain or both as to call for the dice. For simplicity, I’m going to treat this as a solved problem

Effort comes from the player: They choose which approach they’ll use, roll the dice (and make any decisions related to that die rolling).

This is, explicitly, where the “That approach is bullshit” filter gets applied, especially with effectiveness. The GM is free too (encouraged even) to diminish effect for approach selections that seem more made for the bonus than the in applicability of the situation, and by the same token to reward clever approach selection with greater effect. This should not turn into a game of “Read the GMs mind for best bonus” but it should be resolvable within the bounds of common sense.

Position impacts the effects of failure. Failure or mixed success from a controlled position tends to be have minor consequences. From a risky position, they can have more teeth, and from a dangerous position they can be very costly indeed.

I’m not going just restate the table from Blades, but in my head, that’s what we’re talking about.

Just as position shapes failure, effectiveness shapes success. The best roll in the world can only make so much of a difference with the wrong tools solving the wrong problem. But on the flip side, the right tool for the job can make heavy work light. In practice, a success with potent effectiveness will have more punch (a free crit, perhaps) while weak effectiveness means diminished effect. Again, mentally I’m just stealing the Blades table for this at the moment.

Do we need both?

In theory, you could collapse position and effectiveness. You wouldn’t want to have a 3×3 grid because that would be fiddly, but a fair number of games tie effectiveness back to effort (by modifying the roll, with bonuses and penalties) and trust the diminished roll to reflect the diminished effectiveness. Of course a lot of games do the same with position as well, so we could arguably ditch both in favor of a more robust effort model. That kind of works, but it’s very game-logical rather than human logical.

But even beyond that, I like having the explicit GM tool to express an opinion. Explicitly calling out position and effectiveness forces a fruitful moment of clear communication between player and GM while providing protection against the rules getting too disconnected from reality.

This equates to the Fortune roll in blades. A free roll has neither position more effectiveness (and is probably sketchy on action and effort) because it has no particular consequences, and is simply a roll the GM may call for to answer a question.

Success is more common in this system, but that’s fine – this is for somewhat friendlier games than those about cutthroat thieves. Trickier is the fact that it means criticals are more common, so we’ll need to make sure their meaning is very clear. Not fully unpacking that yet, but planting a flag as something to come back to.

As with Blades, Scale affects position and effect because it encompasses both, and carries them to a greater magnitude. The most obvious example of scale is size – a mouse has a hard time fighting a horse, or a soldier an army – but it can encompass much more than that, including available time, appropriate tools, correct understanding an so on. Sometimes scale exists on a ladder (such as with tiers of size) but sometimes it’s a simple gateway (like a language barrier). It is a many faceted thing, but when something is impossible, the barrier is usually scale.

Functionally, scale’s impact on position and effectiveness are independent and situational. Sneaking past a giant robot might be no harder than usual, but punching it is unlikely to have much effect.
Now, the nuances of scale are very much a genre driver, because it speaks to the kind of situations that can come up and what things like a “fair fight” look like, so with that in mind, treat this generalization as very suspect.

Scale has only two meaningful steps (beyond parity): “Oh Crap” and “Oh, hell no”.

If it’s Oh Crap, then the scale difference is enough to make your life harder. One guy fighting a gang. One chef cooking for a wedding. It’s doable, but harder. This can imperil position, reduce effectiveness or both. If it’s Oh Crap for the other guy, that’s effectively reversed.

If it’s Oh, Hell No then you just don’t bother. You cannot fistfight an army, nor can you pick lock a bank vault. These are sufficiently out of scope that failure is presupposed and you go to the dice for things adjacent to it (like running away from that army you tried to fistfight).

Where this gets interesting (and genre raises its head) is where scale can be ignored or altered. A legendary bar fighter might be able to ignore Oh Crap in a bar fight. The god of bar fights might be able to punch an army (ignoring the Oh, Hell No).

Skills are flash, but scale matters

More critically, with planning and effort, a brawler might manage to get in front of an army at a point where they’re forced to come at him one at a time, overcoming scale with skill and cunning. It still probably won’t end well, but it’ll be a hell of a fight.

And that’s the rub. When we talk about “skill” outside of the RPG context, there is this idea of legendary skill, and legendary acts of skill, and when we map that to RPGs we tend to map that as very high values overcoming very high difficulties. The problem is that this only represents a very small subset of significant actions. Hitting a target can be dramatic an exciting, but it is a different order of action than, say, winning a war or curing a disease. There are entire categories of actions which are not resolved with a single act, but rather by steadily changing the situation so that something that started out as impossible becomes possible.

Scale is how you handle things like that and, critically, scale rules are how you communicate how important actions like that are to your game. Not every game needs a path to cure cancer or gather enough votes to become mayor.

All of which is to say that scale is a bigger deal than we tend to acknowledge, and how we handle it is a critical descriptor for genre.

There is no mechanical reason not to port Stress into Fate. It’s not hard, and requires only a few decisions. The simplest model is this:

This totally works as placeholder, but I’m going to put a pin in it because this is the the point where we need to stop and think.

Ok, So What’s The Point?

This text file had sat idle on disk for a while because I was not sure it was worth pursuing. It’s a fun technical exercise, but does it serve any real purpose? I couldn’t answer that until the other night, when we had a session of Blades where the dice were very strongly in our favor, and it pretty radically changed the tone of play for the session into something a little bit more cinematic and wahoo. Maybe not the tone we want in Blades all the time, but there are definitely games where that is exactly the tone I would want to hit. So that example persuaded me that there’s definitely room for this, but explicitly not as any kind of direct port, so I’ll be well served to re-examine any assumptions as I review them.

To that end, I suspect a focusing tool will be in order, so the next step will be, I think, coming up with an It’s Not My Fault variant version of this. It’s core system is FAE, but it may well benefit from a bit more structured play, and some concepts from Blades might help to that end.

All of which is to say, this is the rough starting point of an idea, and I’ll be refining it over time.

9 thoughts on “Blades of Fate”