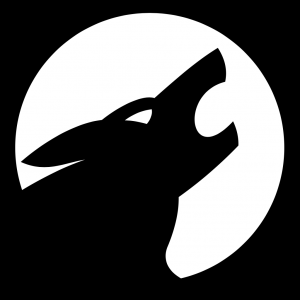 Scott Parker shared a great post on his experience using Blades of Fate to run a Dungeon World game, and that got me thinking about probability1 which lead to all this.

I ended up talking a bit about my love of the Blades in the Dark dice pools on twitter, and specifically how well it combines with Don’t Rest Your Head. For the unfamiliar, DRYH uses different color dice to represent different ideas (like exhaustion, discipline or Madness), and when you roll a set of dice, the color of the die you use influences the outcome, both narratively and mechanically.

As with most die pool systems, it meshes very easily with BITD’s model of success and partial success, and I have been kicking around a few different things that could use this model. In the process, I came up with a quick add-on hack for Blades that at up several tweets, and I figured I’d gather it in one place.

And with that preamble out of the way, I present…

Bites In The Dark

This is a hack for playing werewolves (or something similar) in Blades In The Dark. In the absence of a lunar cycle, this idea is designed to model the kind fo fiction where the narrator talks about “the beast” in the third person while describing what it smells or does or wants. It’s an unwelcome presence that offers power but also threatens to overwhelm.

I’m agnostic regarding how someone becomes a werewolf, but once they do, there are two mechanical effects.

The moon die (or dice) should be rolled alongside the player’s other dice. When the player chooses which die is used for the result of the roll, and they choose a moon die, that has the following effects.

If the player uses multiple moon dice (such as for a critical success), then do these steps for every die used. This may exceed the size of the clock (in which case, don’t worry about marking any further) but it will increase the number of moon dice held by the character.

When the Beast’s clock fills, that means the character transforms and loses control. This effect can be resisted, but Moon Dice aren’t used on that resistance roll, and at best it will merely defer the effect until the end of the scene.

Upon transformation, the following happens:

When the Beast threatens to run wild, sometimes the best solution is to let it. You take yourself someplace isolated and let the beast run wild, but the consequences of this can be dire.

1-3 – Nobody important died. A few greased palms and charitable contributions should be able to smooth things over. Someone needs to spend 1 coin to cover this, and if they cannot, then take the 4-5 result.

4-5 – The Beast’s rampage is a subject of gossip, rumor and no small amount of fear. Start a clock labeled “Fear of the Beast Passes” with 4 wedges. Until it is cleared, jobs generate 1 extra heat, and indulging Vice clears one less stress. If this effect is triggered again while the clock is active, increase its wedge count by another 4.

6 – Hunters arrive to pursue the beast with steely glares and weapons of silver. The first time this happens, they are a tier II gang with a -1 relationship with the crew. The second time, the relationship drops by 1. The third time their tier increases as more hunters arrive. After that, it’s War.

6+ – One of the following happens:

After this roll and effect, clear The Beast’s clock, and return the Moon Die pool to 1.

And that is pretty much it.

There are a LOT of options for how to tweak this, mostly because there are a lot of different things being a werewolf might mean at the table, so these allow some tweaking.

Some of these options are also possible for ideas which are similar to werewolves, but thematically different. Deals with dark powers, sinister magical weapons, a personal Hyde or ripper – all of these things and more can be modeled with these rules with some changes in color, and possibly by picking slightly different options.

Magical Effects
If the player wants to do something that should be impossible, but makes sense under the auspices of the Beast (like, make an impossible jump, or track someone through a crowd by smell) they they can do so, rolling only moon dice and resolving normally. Since this guarantees that moon dice will be used, it also guarantees triggering a moon die gain.

It’s worth noting that this is potentially very powerful – allowing the “impossible” in Blades removes the one check against runaway player action (the GM not calling for a roll). It can get around tier issues and generally allows for very big results. That’s not a bad thing, but it’s something to be very aware of and in alignment on. It also should be reflected in the scope of potential consequences when the Beast gets loose.

Gentler Lycanthropy
The player is not obliged to roll moon dice, though if they do, they must roll them all. Rolling moon dice is treated as accepting a Devil’s Bargain, so they cannot be further supplements.

This slightly constrains the bonus on the rolls, and makes it much less likely that the character will lose control. That removes a fair amount of the risk from the system, but sometimes that’s appropriate. This is suitable for games where the beast is more controllable by its nature, or for ones where something else is keeping The Beast in check (for example, this rule might only be in play so long as the character is regularly taking Wolfsbane infusions, or at certain times & places). An advantage of tying this to something in the fiction is that its loss is now a viable (and toothy, ha ha) consequence.

Less Predictable Clock
Set The Beast’s clock to 8 wedges, but change the process so that when a moon die or dice are used, do the following.

I went with 8 wedges here, assuming 2 wedges per roll, but that’s going to be unevenly distributed, and it can go much faster if the dice are unkind. The upshot of this is that the number of moon dice the character is holding will be much less predictable when they transform (so the mechanical effects are less predictable). This is also, frankly, a little bit meaner, especially since it feels more generous (8 wedges!).

Werewolf Healing
Transformation (either in play or RUnning Amok), clears any wounds the character has.

This is super kind – healing is a pain in Blades – but it’s kind of thematically appropriate.

Temporary Power
The assumption is that this state does not go away, but it’s entirely possible that after transformation occurs, that’s it. The possessing spirit flees, or the drug wears off or whatever.

In this case, transformation should have a very specific meaning or cost, something that makes it a Damoclean sword hanging over the character.

Fatal Power
The flipside of Temporary Power – once the clock fills, that’s it, you’re done. In this case, I strongly suggest that the transformation remain in the player’s control, since this is their moment of going down in a blaze of glory.

This works well with Gentler Lychanthropy, but without it you can get a great Strikeforce Morituri vibe.

Ratcheting Doom
Start the Beast’s Clock at 2 wedges higher than normal. Then, every time it’s cleared and reset, it has 1 fewer wedge. When the clock has zero wedges, that is the final transformation. There is only the Beast now.

This one will take a while to go through, but it has a certain charm for games long enough to sustain its arc. The one thing I don’t like so much is that the moon pool gets smaller with each iteration, so while it represents burnout pretty well, it’s less well suited to the idea of the beast growing stronger.

Heroic Alternatives
It’s worth noting that this also works for more heroic games. The “transformation” could just as easily be the equivalent of a Limit Break. This scratches the surface of a much bigger alternative, but if anyone is looking to do an Exalted2 or Final Fantasy hack, this option might be helpful.