I love maps. Especially big outdoor maps. I don’t think that love is mandatory for this hobby, but I think it definitely helps. 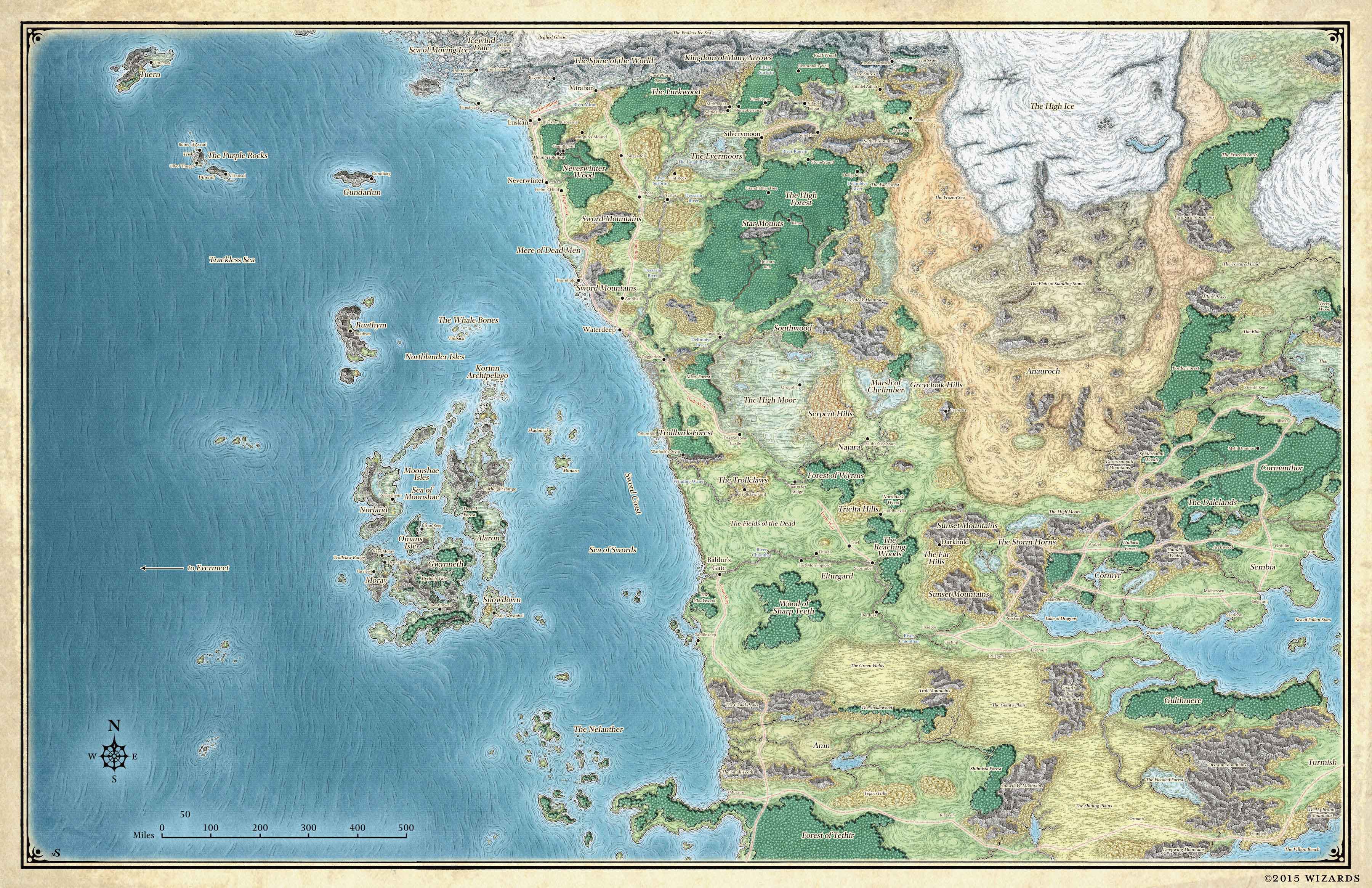 The thing is, I have always struggled with how to convey the map into play at the table. A map is so open and flexible that it feels like narrowing it down to something I can convey at the table is an effort doomed to blandness.

The root of this is in my own mind. When players are in a place and want to go to another place, my process has always been “Imagine the line of their travel, Indiana Jones style, making note of each thing they pass through, and then provide some amount of travel activity for each thing.” This is very intuitive to me, because that’s how traveling in actual space works, and that’s what I want it to feel like, right? The problem is that it makes for fairly uninteresting descriptions at the table because they’re unfocused. They might offer a little bit of color, but there’s nothing to hook into the minds of the players to spark interest or action.

Video games solve this problem in a number of ways. A lot of RPGs just embrace the map and use line and node travel. That is, you hit a button to see a map that looks like this: 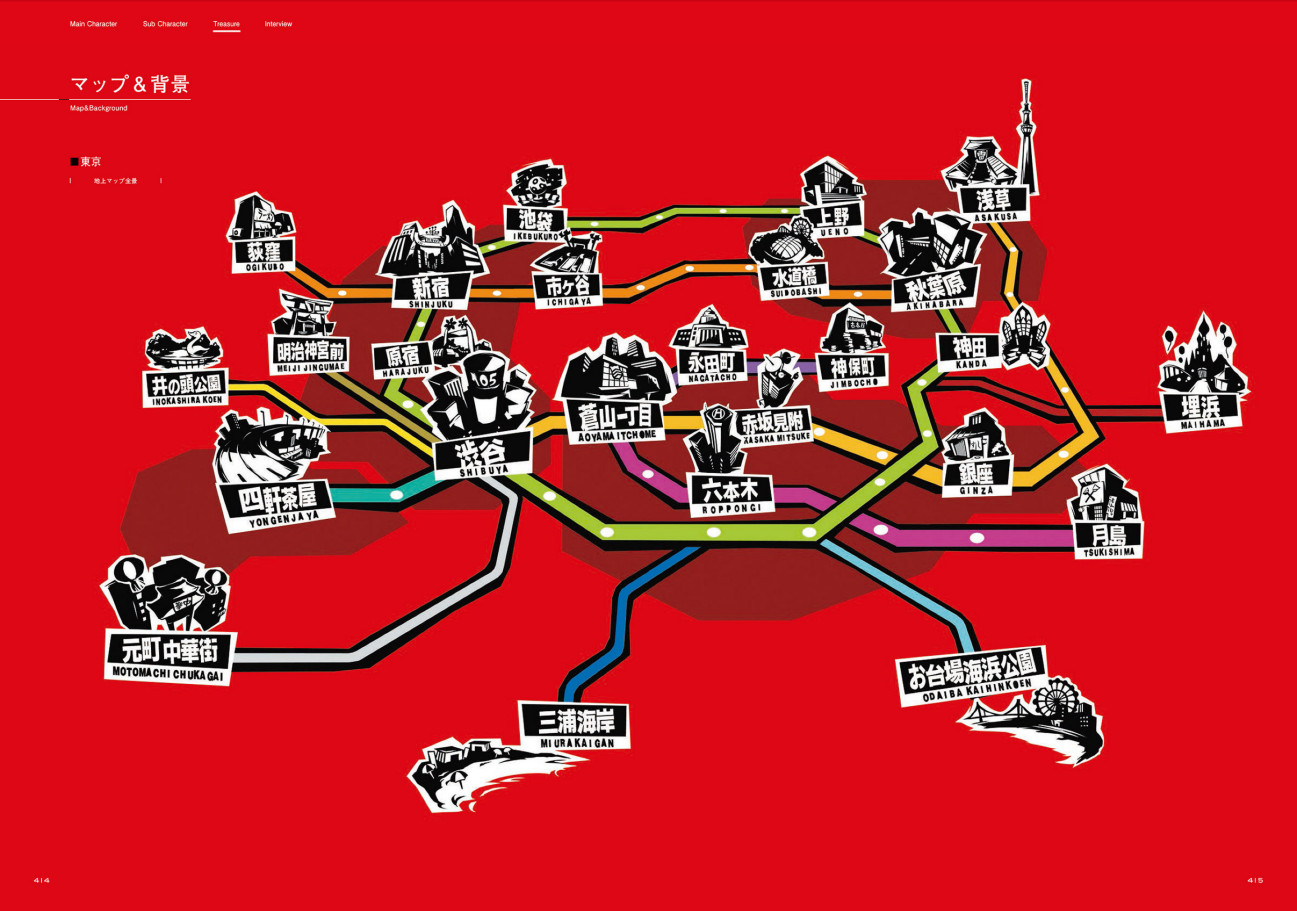 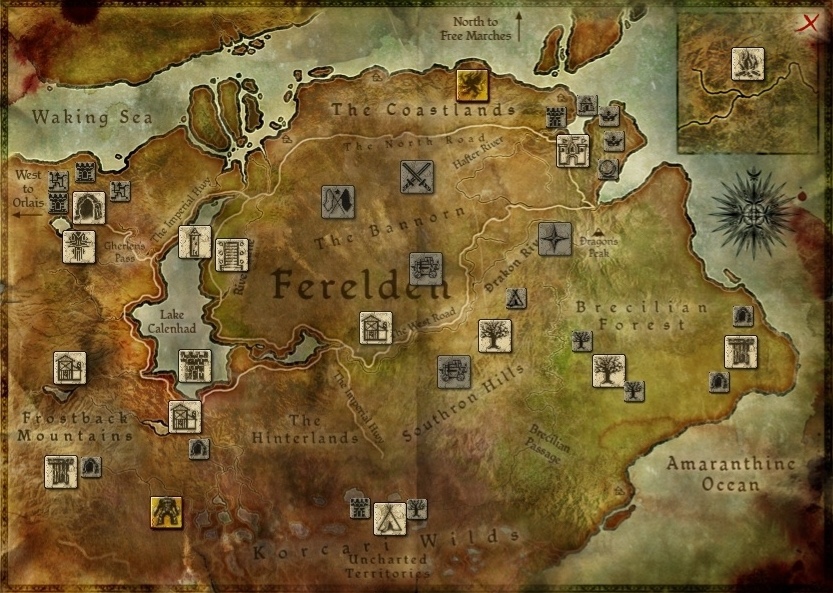 Then select a node that you want to travel to, and bam, you’re there. Nine times out of ten, the transition just happens, but if the game feels like it, it’s possible that an encounter or discovery happens during transition (which often adds a new node, temporarily or permanently, or otherwise alters the map).

This model works REALLY well, but I struggle with it a bit because I am expecting something more akin to an open-world game, like World of Warcraft, where I’m actually moving between space.

But I recently started paying attention to how these games handle their geography and realizing how much of it is sleight of hand. Most video game maps are functionally node based, and the “connective” elements are surprisingly small and thin. The geography introduces some constraints (adjacency) and opportunities (exploration) but practically it’s still a matter of moving from node to node.

All of which is to say, I think it may be time to make my peace with a line and node map at the tabletop, even if it’s just a functional overlay on a much prettier map.

3 thoughts on “Navigating the Table”