Being that sort of nerd, I have always tried to find a way that someone who has achieved philosophical mastery of a skill (the iconic example being Musashi and swordsmanship) to be able to reflect how that mastery affects the other things they do.  This is one of those ideas that’s either really obvious or makes no sense, depending on how you think about it.

I’ve spent an unreasonable amount of thought on this, but the other night realized I’ve made my life too complicated. It’s as simpel as this: Make the skill an aspect.  Invocations kick in when you can spin the tale of how the mastery transcends.

Cannot believe it took me this long to see something this obvious. Overthinking is a real threat. 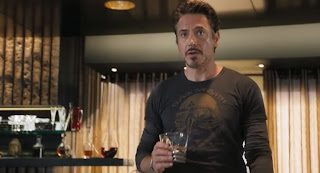 Random thought while on the treadmill today that entails a drastic change in how aspects work in Fate, but which reflects a slightly different emphasis. Breaks down as follows:

This totally needs testing, but the potential I see in it is that it could drive more back and forth in the fiction centered around changing the factors in play to things that the player can take better advantage of. If the other guy has brought his “strong” aspect to play, then the fact that you can potentially take it off the table (rather than just let him hit it for as long as he has FP) totally intrigues me.