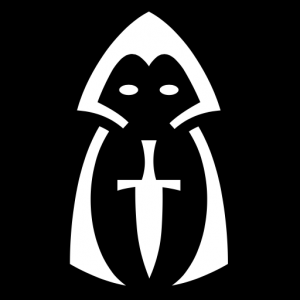 I have one minor philosophical disconnect with Blades in the Dark – I think it does not do enough to encourage character’s connections to named NPCs. When a character starts, you have some great connections (ally, enemy, vice dealer) but those are all you’re ever going to have. That’s something I want more of.

Now, there’s a good reason for this disconnect. Blades is not about the characters as much as it is about the crew. Connections to individual characters detract from that model – it is the crew who should be establishing connections – and I completely get this. For example, much of why I want personal connections is to provide hooks for play. This is a time honored tradition, but it works just as well to create hooks for the crew.

I really want to support more personal connections. I’m not saying it’s better, it’s just what I want. And not just for Blades – this is going to be even more important for other things I’m thinking about with Blades tech. So, here’s my idea.

(Yes, I know, in PBTA this has a specific meaning, but it’s also a normal world, so I super don’t care.)

The first thing to do is talk a little bit the various types of relationships that a character might have with NPCs. This is a potentially strongly varied list, but we’ll keep it focused so we don’t wander too far away from the essential nature of Blades.

A Stranger is someone you don’t know, simple as that. You might see them or know their name secondhand, but they’re not someone who you would expect to have a conversation with or to have any idea who you are. You might have a passing conversation with them for transient reasons, but nothing that sets up a relationship. In the city, most people are strangers.

An acquaintance is someone you know well enough to know their name and say “hi” to. You could probably have a conversation with them in a pinch, but that’s about as far as it goes. It’s not much of a relationship in and of itself, but a relationship could potentially be developed. Most NPCs in Blades that the characters have interacted with would be considered acquaintances.

An associate is someone with whom you have a mutually beneficial relationship, such as someone you do regular business with, a fellow member of a club or something similar. While you cannot expect them to go to any great lengths for you, you can expect the kind of support that comes of being a good customer. That is, they won’t help for free, but might offer the occasional discount (and expect the same). A character’s vice purveyor is an example of an associate. Unmarked “Friends” on the playbook are also probably associates.

An ally is someone who can largely be counted on to watch your back, or at least give you advanced warning if shit is going down. The relationship may not necessarily be warm or emotional, but it’s largely a positive dynamic. Playbook “Friends” marked with an up arrow are usually allies.

A friend is someone who actually cares about the character, and may be willing to take non-trivial risks on their behalf. Real friends are a rare commodity in the city – they’re valuable as heck, but they also represent potential weaknesses.

A rival is someone whose priorities are at odds with yours. They may not be at direct loggerheads, but they’re perfectly willing to make your life worse and benefit from the problems that follow. They might literally be a business rival, or they might be someone who dislikes you but doesn’t necessarily care a lot about you. Playbook “Friends” marked with a down arrow are often rivals.

An enemy would actively like bad things to happen to you, and is willing to take steps to make them happen. How direct they’re willing to be about this depends a lot on their means, but even the most humble of enemies can make a lot of trouble in their particular wheelhouse.

EDIT TO ADD: Over at Google+, Allen Varney gave a WONDERFUL summary of these that I had to re-share:

Sometimes bonds (especially enemies) can be created as a result of play, but players also have the option of developing bonds through downtime actions.

To establish a bond, the player much choose an acquaintance with whom to develop a relationship. Most characters already have numerous acquaintances who have come up in play, and they can choose freely among them.

The first step is to turn an acquaintance into an associate. This is a simple project, usually requiring 6 ticks on a clock,(but see “social climbing”, below). Taking a downtime action to advance this clock will most often be a consort roll, but almost any skill could be appropriate if it’s a shared activity that gives you a chance to bond.

While players will mostly want to establish positive connections, the option for other relationships is there for the players who enjoy a more complicated web, or who want a little narrative control of who their enemies are. Plus, enemies tend to be a more reliable source of complications (and thus XP, see Bonds and XP, below)

And, of course, relationships – especially negative ones – can be the result of play or other clocks too. Even if characters are not seeking enemies, enemies may find them.

Sometimes there are no existing NPCs of the type a character is looking to connect with. In this case, the character may need to turn a stranger into an associate. Mechanically, this is the same as any other bond creation (6 tick wheel, modified by class) but the GM is willing to require some pre-amble if the type of person being sought is not so easily found.

It is harder to establish bonds with people who operate at higher tiers of society. If the target of a potential bond is associated with a faction that is larger than the crew, then the number of ticks required to cement the bond is increased by 2 for every step of difference.

While bonds can be an entirely mechanical exercise during downtime, it is entirely reasonable for the GM or player to ask for a brief scene to play out some of the interactions with the NPC. Don’t spend too much time on it, but have fun.

It’s also possible for the crew as a whole to form a relationship with someone. This follows the same rules as individual bonds, but requires twice as many ticks. However, any member of the crew may contribute to the project.

2 thoughts on “Bonds in the Dark”