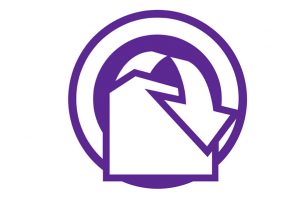 We like to encourage the use of colorful aspects that have a lot of meaning in them, but those are not always a good match for players who aren’t starting play with a strong sense of who their characters are and want to find out through play.

One option for dealing with that is aspects-on-the-fly. Leave your aspect slots blank and fill them in during play as inspiration (or need) strike. This is a lot of fun, but it’s a bit too extreme for some folks, and with that in mind, there’s a middle path.

At character creation, feel free to pick broad aspects – ones that may not have much detail, but convey the broad strokes of the character in your head. If you want to play a big, strong, heavily armored soldier type, then the aspects: Big, Strong Armored and Soldier will completely do the job, and will be entirely playable.

That’s all you need to do. However, at the end of any session, you may decide to elaborate on one of your aspects. This is not a complete re-write, but rather a restatement that maybe gives a bit more context. The idea is that the aspect is still perfectly usable as it was before, but now there’s a bit more to it. We know more about the character now.

Sometimes the path to this is obvious – it’s not hard to discover some background in play and change Soldier to Veteran of the Pijelo Campaign. Something like Armored, which seems external on the face of it, can be unpacked into talking about what the armor means (whose armor is it? What does it signify?).

Sometimes it might not be so clear – how do you elaborate on Big, after all? In those cases you might ask why the character is big, and end up turning that into Scion of Clan Bennek (since everyone knows the Bennek’s are huge!).

Or, honestly, maybe you never elaborate it at all. You are never obliged to do this.

So, this is a pretty simple trick, but I wanted to lay it out there for people who are maybe not syncing with aspects at the moment of character creation, but still want to take a swing at it. Feel free to start with broad strokes – you have every right to refine them as you play.

1 thought on “Aspects in Broad Strokes”