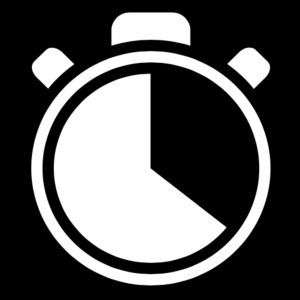 The purpose of pacing is to make sure that things take the right amount of time. This is a bit ephemeral, but in broadest strokes this means that things which are more important take more time, but they don’t take so much time that they become boring. There’s a lot of nuance in application – sometimes you can tweak pacing for specific effects – but that’s the heart of it.

All good so far, but we’ve now got two things to unpack: How long things take, and what’s important. Both of those are simple enough that they seem like things we can intuit, and often we can, but there’s utility to be had in drilling into them a bit.

Importance is an interesting one. In other media, importance is often tied directly to the story and how important a given scene is. A travel scene might take a few sentences of moments onscreen, but a tearful confrontation between ex-lovers turned rivals is going to eat up a lot of bandwidth because it’s important to the author (and hopefully the audience).

RPGs do not have quite that kind of clarity – the GM’s judgement (or opinion) may weight some scenes as more or less important than others, but that is an unreliable metric. In fact, a lot of bad GM stories are a result of the GM’s ideas of what’s important being out of whack with the players’ sense.

Instead, RPGs offer a different sort of clarity – attention. The things which the players (GM included) are most interested in are the most important. Of course, that’s easier said than done. Player attention is mercurial and unpredictable, and while the GM may use the tools at her disposal to try to tilt and channel it, she can neither predict nor control it.

RPGs also offer more levels of engagement than those offered to a passive audience. This means that while time is one factor in pacing, so is action.

And this is where we hit upon two overlapping but slightly separate ideas.

A beat does take a fixed amount of time – it could literally be a moment, or it might be an entire scene. That flexibility makes them a good way to sort of look over a story and spot the beats, and see if they’re skewing a certain way (and if you maybe want to break that pattern).

Games have beats too, and the idea is useful in that context, but games also have rolls. Exactly what a roll means varies from game to game, but there is a common idea that a player describes a particular type of action, dice are rolled, and mechanics are engaged that determine what direction the description goes in. That is to say, the roll equates to action.

The relationship between rolls and beats is interesting. One thing that happens a lot once a designer learns about beats, they have a moment of “what if every beat was a roll?” because that seems very tidy.

It does not work for crap, but it’s a neat thought.

But it’s an interesting failure, because if you try it, you discover that there are plenty of beats where the dice shouldn’t be rolled, and that reveals something important and relevant – calling for a dice roll is a pacing decision. It explicitly says that more attention (and often more time) is going to be paid to this thing.

This is pretty simple for systems that have big rolls, ones where a LOT gets resolves in a single pass. But for other systems, where rolls may be pretty granular, importance is reflected by the number of rolls. If you look to D&D, it’s not hard to see how the things that call for the most rolls are also the default play actions.

But as with time, action is not open ended. Spending too much time on a scene starts to drain its importance, and similarly, spending too many actions on a scene can turn it into a grind (at least in part because that will kill a lot of time too).

Which is where we come to gaming’s first great pacing mechanic1 – the hit point. We like to imagine hit points as a proxy for health, luck or robustness, but in purely practical terms, hit points are a control on how long a fight should last. Yes, there are variables that play into this like hit chances, crits and so on, but it’s still a rough metric for fight duration as measured in the number of rolls in a fight.2

And that brings us back to tracks. Tracks, like any mechanic that controls the number of rolls (or other points of engagement) something is going to take, is a pacing mechanism.

This seems like a lot of trouble to slap a label on the mechanic, so how does that actually help anything?

Well, here’s the thing. I mentioned that RPG’s have rolls available as a measure of attention, but what I did not mention is that they’re often a fairly clunky tool. Even if the fiction changes, in most (not all3) systems, the act of rolling is very repetitive, and as a result, the scope of the roll becomes constrained with habit.

That is not always a bad thing. Just as you would not want a movie resolved in 30 seconds, you probably don’t want an adventure resolved in one roll. Tracks (and similar) let you take an idea of something that should exist in your game but which is out-of-sync with your dice pacing, and integrate it smoothly into play. That sounds very abstract, but if you think a little bit about things you don’t want resolved in one roll (particularly things that stop play, like abrupt success/failure or character death) you should be able to find concrete examples with ease.

Now, pacing is not the only reason you’d want to use tracks/wheels/clocks/whatever. But if you are using them, it’s important to realize that you are making a pacing decision – several pacing decisions usually – and being mindful of that will help improve the flow of play.