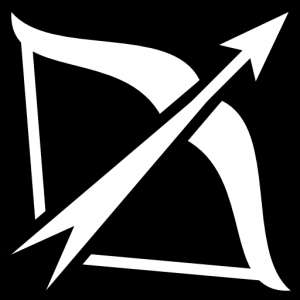 Something was bugging me about Volley. I couldn’t really put my finger on it, partly because we don’t have many archers in our game, but it niggled at me until we finally had one arrow-heavy session. I realized what it was. the 7–9 outcome (Do less damage, place yourself in danger or expend ammo) always felt clunky, which is odd, because it’s an seemed like a by the book hard choice.

At first, I suspected my concern was structural, as the choice was made by the player not the character.

I can answer that in terms of effect. Either

Now here’s the challenge: pose that choice to a player without citing the rules. Specifically, be aware of who knows what, when.[1] The likeliest result is to effectively make the 7–9 result its own action beat, which is functional, but a bit of a problem if action beats are something you’re keeping an eye on.

So that was definitely a disconnect for my style, but it didn’t feel like I really captured the heart of it. But thinking about the fiction of it made me look at the way the choices are structured, and I saw another thing that bugged me a little. Look at the third option: “You have to move to get the shot placing you in danger of the GM’s choice”.

I’m not 100% comfortable with the way the GM choice is framed here. There are two ways to read this. The first is “A danger to be determined after you’ve decided”, which is a fiddly proposition. The second is that the GM communicates the details of the danger in the fiction so that the player can make a real choice.

And that’s where it crystalized.

That second interpretation doesn’t seem like it would be a problem. Hard choices are awesome, after all. But it reveals that this is really a soft choice. because the player can always opt not to make it (by just choosing to do less damage). The move has a built in escape valve for tension.

And there it was. The half-assed hits really mess with things. They are the hardest thing to account for in the fiction and they soften the choice. That’s a double problem.

It still doesn’t move the choice entirely into the fiction, but it simplifies the intrusion, and that’s not nothing. I’ll probably have to come back to it when I really start thinking about all fiction, all the time[3] but for now I think I’m going to have to try the hard choice version of Volley at my table. There will almost certainly be some mechanical repercussions. I’ll have to keep an eye on ammo scores, but since that hasn’t even come close to being an issue yet, I am not going to tweak ammo values yet.

Now, to deal with all these damn rapiers…

10 thoughts on “Shooting at Volley”