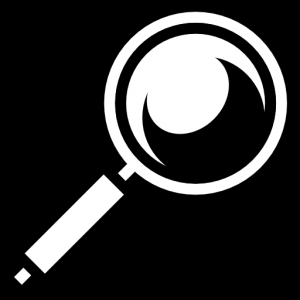 Yesterday’s framing of the issues surrounding Volley cast some light on the somewhat larger issue I’ve ben sidling up to: the Discern Reality move.

I have encountered two difficulties with this move, either one of which would be a potential problem.

The first is that I am really unclear as to what the fiction of it is. At first glance, it seems like it serves the role of a perception check, but that’s not really how it’s structured. It’s framing, and the answers it provides, are general and not situational. If anything, it is more akin to fortune telling.[1]

The second is an extrapolation from the first – it’s effect is a weird mismatch that doesn’t always align with player intent. This is an interesting problem because it is, by its nature, inconsistent. How well the move works depends on how well the questions fit the situation. Sometimes they’re a good fit, sometimes they’re a terrible fit. Sometimes they’re and unexpectedly good fit – they’re not the questions you would have asked, but they are unexpectedly interesting. That last outcome is really, really compelling. It’s one of those situations where the constraints (limited questions) create unexpected benefits. This is an important upside – even if I have problems when the questions are a mismatch, and I think they outweigh this benefit, it’s not a benefit to casually discard.

So, there’s a problem. But it’s not hugely clear cut, because there are benefits to the current approach, they’re just balanced. The fiction issue is a real sticking point, but it can be clarified, so we can see if maybe we can find illumination as we work on the other side.

The thing that I find really interesting with Discern Reality is that I think the rub is in how it’s used. Setting aside the fiction (amusingly enough) the biggest structural use of discern reality is a kind of fishing attempt. The question it really answers is “What can I do in this scene?” and that’s a really important question. The absolute best use of Discern Reality is when the GM has failed to give the scene a push to keep things moving (usually through a failure to communicate). The use of the move is a flag.[2]

And with that in mind, the solution is definitely not to discard discern reality, but rather to double down on what makes it work. That means stepping away from the “perception” angle and taking as hard look at what is, on some level, a meta-move (that is, a move that is supposed to be initiated by the player, for the benefit of the player).

One idea I’d been toying with was to give each class an extra question on the Discern Reality move (so the fighters could ask “Who’s the biggest threat?”, thieves could ask “What’s the most valuable thing here?” and so on) but as I think about moving this to a meta level, I wonder if that should be more implicit in the question. So what if we also decouple the move from Wisdom, and instead allow the player to pick any stat, but the stat flavors the answer.

Yes, it’s a bit abstract, but if the move itself is in the abstract, that is not necessarily a bad thing. And with that tweak, I am pretty happy leaving it in the toolkit.

Now, that still leaves the question of how to handle more mundane perception issues, and that deserves more than just an afterthought. It’s important to consider that Dungeon World is a post-Gumshoe game – it does not hide details behind dice rolls purely for the sake of hiding them. If players ask a question about the situation, then they deserve as much of an answer as the GM can reasonably give them. Any perception move needs to be predicated on that assumption.

That probably raises the question of whether a perception move is needed at all – after all, you can just answer whatever question is raised. And for certain tables and styles, that is almost certainly appropriate. However, that’s probably not much of a Dungeon World specific solution, so we’ll assume that there will be times and places when a roll for perception is in order.

So the question becomes how to structure the move, and the answer is, I think, in the question. it makes a lot of sense of questions to be at the center of any perception move, especially because we explicitly do not want the trigger for the move to be “I look for something”. As noted above, if that’s what the player says, then you tell them what they see. The move should only be necessary when that answer is not enough. And so:

When the players asks a question about what their character perceives and the answer is unclear, Roll +WIS

(The 6- is tricky, because it depends how comfortable the players are with being outright lied to. That is probably a topic that could merit its own post, but the short form is that if you’re not comfortable embracing in-character misinformation, I’m not sure you’re playing the right game.)

Obviously, I need to try it out, but I have a game tomorrow, so we’ll see if it works.

9 thoughts on “A Little Discernment”