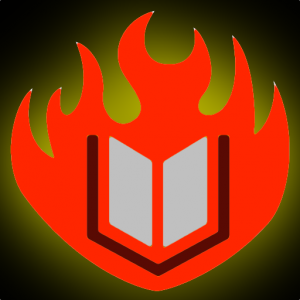 I was riffing a bit on Twitter, and realized I had some stuff about spells I had to unpack.  This will probably take two posts, so  I want to open with the premise – spells are the most important part of D&D.

This is a rough assertion to make because D&D is so big and complicated that any assertion about one thing being the most important is certain to invite skepticism. And I’m cool with that – I don’t expect to persuade anyone who feels differently, but I do hope that I can help unpack a little bit of how I’m thinking about spells to help make some future thoughts make some more sense.

So let’s start with the basics – have you ever made your own D&D clone? I certainly have. It seems like a pretty simple task because at it’s heart, D&D is not that complicated in any of its many guises. It is well elaborated to cover a deep bench of edge cases, but the underlying rules have never been hard to wrap your head around.[1] That has meant that it has always seemed that they are easy to improve, which has lead to a vast universe of house rules and edition progression.

But an interesting thing happens when you start mucking around. Adding skills, tweaking classes, modifying combat – all of those things flow rather smoothly. But at some point you run up against the spell list (really any time from AD&D forward), and the rules change. The problem is that the spells are conceptually straightforward – they have levels and effects and they’re quite tidy. But the sheer volume of them is daunting. To discard the existing spell list in favor of something else seems insanely wasteful, especially since it’s so easy to just modify it – change some levels, add or subtract spells. The D&D spells are that load bearing wall that you can’t tear down, so you just work around it.

And that’s just as well, because if you rip them out, replacing them is hard. Almost every other fantasy game out there that has tried ends up burning a lot of page count for something largely forgettable. There have been exceptions[2] but they are greatly outnumbered by the number of games with “Energy Bolt” and “Persuade” spells that look strangely familiar.

Note, many of these games with boring spells have fascinating magic. Games like Rifts or (choose your favorite) offer pictures of magic that are exciting and compelling. Great, grabby stuff. To this day, the Ley Line Walker from Rifts is one of my favorite magical concepts. But these excellent wrappers were largely let down by the turd of a spell list they contained.

And that leads to real culmination of this – the D&D spell list is what makes D&D feel like D&D. Some of this is all about mechanics and familiar names, but there’s more to it than that. D&D has only the setting implied by its rules. Some of that setting is shaped by things like classes and equipment lists, but nothing defines the setting like the spells.

Not because of the bits of lore among them – Bigby just doesn’t matter that much – but because every single spell is a declaration that in this setting, this thing is possible. It is a thing that happens. That’s bold. And with the sheer volume of information in the spell list, it’s also very broad.

And that’s actually pretty great, because the spell is wonderfully well designed. Long before anyone had ever heard of “moves”, spells were discrete units of fiction and mechanics that established tone and could be strongly re-used. What’s more, they were built with the RPG equivalent of a handle, that allowed them to be easily slotted into various places.

Consider that a spell had an effect, but it also had a wrapper, and the wrapper contained information like who could cast it, when and how. Spell memorization is wrapper. Spell swapping is wrapper. Components are wrapper. And this is critical because the wrapper could be fiddled with infinitely without messing up the effect. The result is that spells could be used as a language of effects. Want to model an interesting trap? it explodes like a fireball. Want to give a monster cool powers? Voila, spell like abilities!

This is pretty damn robust, especially when the spells are cool. And as a result, it seems only natural that spells have become more and more central to what D&D is. It might have started as a fighting game with some magic, but there is a really strong case to be made that it has become something closer to a magic game with some fighting.

And that’s absolutely not a bad thing. But it is an interesting thing, and it’s had some implications. Implications that I’ll dig into in the next post.

11 thoughts on “The Importance of Spells”