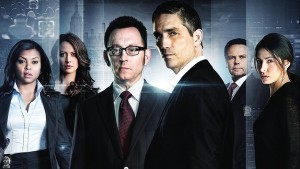 So, I have an ur-RPG-system in my head that I have referenced occasionally and that I apply to almost every TV show I watch, which is composed of domains and ranks. Let’s call it TVGame for ease of reference, though really it works equally well for most fiction.

Domains are areas of expertise, like fighting or computers. Every show has a different set of domains, since they reflect what the show is about. Something that might be a very broad domain in one show might be sliced finely in another. For example, Academics might be a fine domain in one show, but in something like The Librarians it might get broken out into Math, History, Biology or other fields (since most of the characters are academics of some stripe). Alternately, a lot of stories might offer finer gradations of fighting, to distinguish the sniper and the martial artist. Domains get very fiddly in the specific (and I could write several posts about them), but the idea is straightforward enough.

Ranks are a measure of how good the character is in the domain, broken down as follows:

Terrible – The character is not merely unskilled, they are actively terrible at this. Should they try to engage in this activity, it will almost certainly go horribly wrong in a manner suiting the tone of the show. Usually used for comic relief or to reflect full on barriers, like Professor X’s athletics.

Unskilled – The character has no particular training or aptitude in this field, but neither are they particularly bad. In most circumstances, they are unexceptional. A good example is driving – most people just drive without trouble, but are not actually trained drivers.

Capable – The character is good at this, usually good enough to be a professional. The majority of characters in any show are Capable at one or two things, and Unskilled at everthing else (Heroes and villains being the exceptions). Examples include cops, gangsters, teachers and really anyone.

Exceptional (or, as I say in conversation, Badass) – The character is super awesome at this particular thing. They’re the super hacker, the special forces assassin, the billionaire and so on. The protagonists (and villains) are probably exceptional at one or more things.

The base mechanic is simple and diceless – higher rank wins. The bigger the margin, the more the higher tier dominates. If it’s more than one step, the higher ranked character does not just win, but effectively controls how the situation spools out. With this in mind, one of the “tactical” avenues of play is to leverage a situational rank boost. This is not easy, but it can be done to reflect things like overwhelming force. A mob of Capable cops can be a threat to an Exceptional soldier unless he can change the situation somehow. This is also incentive to try to move a conflict to a different domain.

If a conflict happens within a tier, that’s when you switch over to a more fiddly system. The actual fiddly system is kind of irrelevant, and can absolutely be tuned to your taste. It may seem kind of handwavey to describe it so briefly, but as with domains, the decision for how you handle conflicts is based on how you want your specific play to go. If you need it to be something, assume it’s Risus.

There are other bits. Adding aspects as a meta-wrapper is easy enough – in the main game, an invoke can increase your rank within limits. It can either let you bypass something with no particular opposition or can let you get up to a fair fight against opposition. Within the subgame for conflict, their utility depends on how the specific subgame works. Because of the granularity of this, it tends to work well for the “Few, but potent” model of aspects rather than the “language of narrative” approach, but I’m sure that can be tweaked.

Anyway, I want to share the TVGame because it gives me a decent way to talk about things I see on TV and how I’d game them up, which will be fodder for future posts.