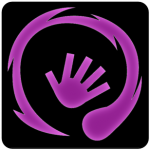 Hopping back to the Elvish Empire for a moment

For the elves, “goblin” is a catchall term that encompasses the brutes among thier populace, as well as numerous monstrous races, most notably goblins, orcs, bugbears & hobgoblins. The accuracy of using a blanket term for all these races is fairly questionable in any abstract sense, but these distinctions are unimportant to the elves and their subject people.

It is well known that the goblin armies were the most pernicious enemies of the elven reclamation, and it is frequently asserted that it was the threat of goblinkind that forced the elves’ hand, triggering the reclamation in the first place in order to unite the peoples of the empire to stop them.

And stop them they did. The goblin armies were shattered, and the survivors forced to flee or to bend knee. Some called for the eradication of these monsters, but the elves stayed their hand, and instead showed mercy, imposing only a single rule upon these now-subject peoples – Goblins Shall Not Build. The penalty is death.

Nowawdays, people think of goblins as monsters and don’t think much deeper than that. Some remnants of the old armies exist within the empire, a point that kinder souls take as evidence that they are capable of civilization, and it is only that those existing in the wild have chosen a monstrous life. The Goblin Law is ironclad, but is seen as only fair punishment for the horrible harm caused by their armies.

And goblin armies figure heavily in song and story. Numberless hordes of fierce soldiers, hungry for blood. They are the classic image of opposition to be found in most of the empire’s art.

Only a handful of scholars realize that it was not the armies of the goblins that made them dangerous, but rather the goblins themselves. A clever, industrious people, the goblins had made numerous technical and infrastructure advancements which did not rely on magic. They had entered alliances with numerous peoples (included all those currently considered to be “goblin kind”) and were experiencing a golden age of advancement and enlightenment when the elvish reclamation began.

Coexistence was not an option, and since their defeat, the elves’ zealous enforcement of the Goblin Law has kept them from reclaiming what they have lost while allowing the elves a lawful seeming pretense for the systematic oppression of their people.

Since any new construction will draw the forceful attention of the elves, the goblins have become nomadic, finding shelter of opportunity. Old caves, abandoned buildings – any existing construction which allows them to live without drawing elvish ire is likely to draw goblins.

This is not a matter that is given much thought in the empire, save among the gnomes. During the reclamation, the gnomes had close ties to both the goblins and the elves, and worked tirelessly (but fruitlessly) to come to some sort of accord. As a result of this (and subsequent generations of offering goblinkind what shelter it can) the gnomes have a poor reputation among the other people of the empire, as shifty, untrustworthy goblin lovers.