Out of curiosity, I took one of the characters from my current Dungeon World game, Fred’s fighter Dogan, to see what he’d look like in 5e.  Here he is in DW: 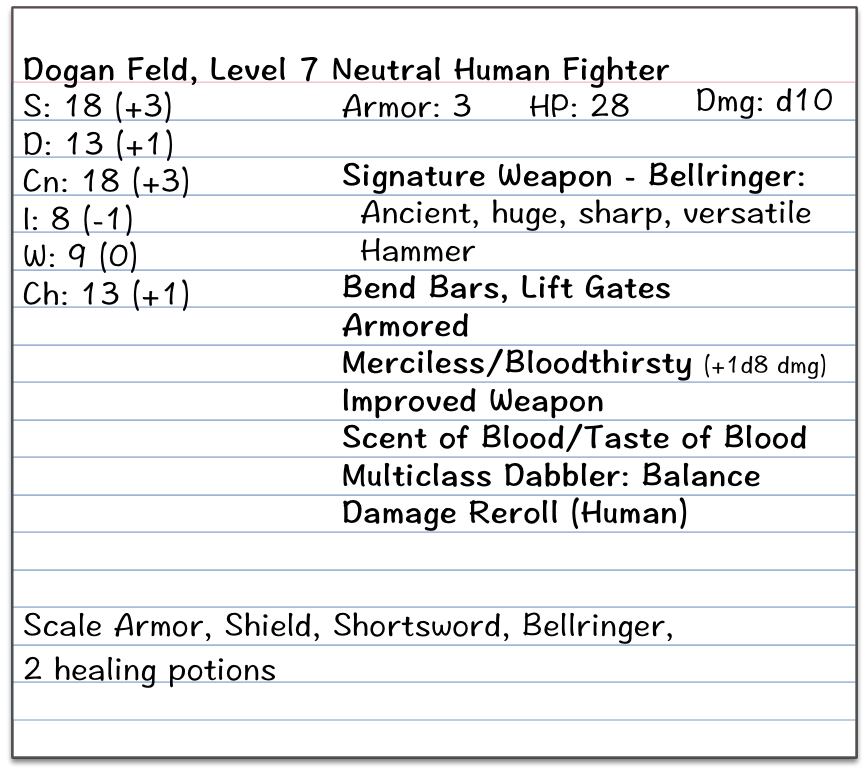 Basically, Dogan is tough and outputs a lot of damage.  The two notable things which may be tricky to replicate are his signature weapon and his multiclass trick (though I’m less attached to the latter).  Starting at level 1, he might look like this: 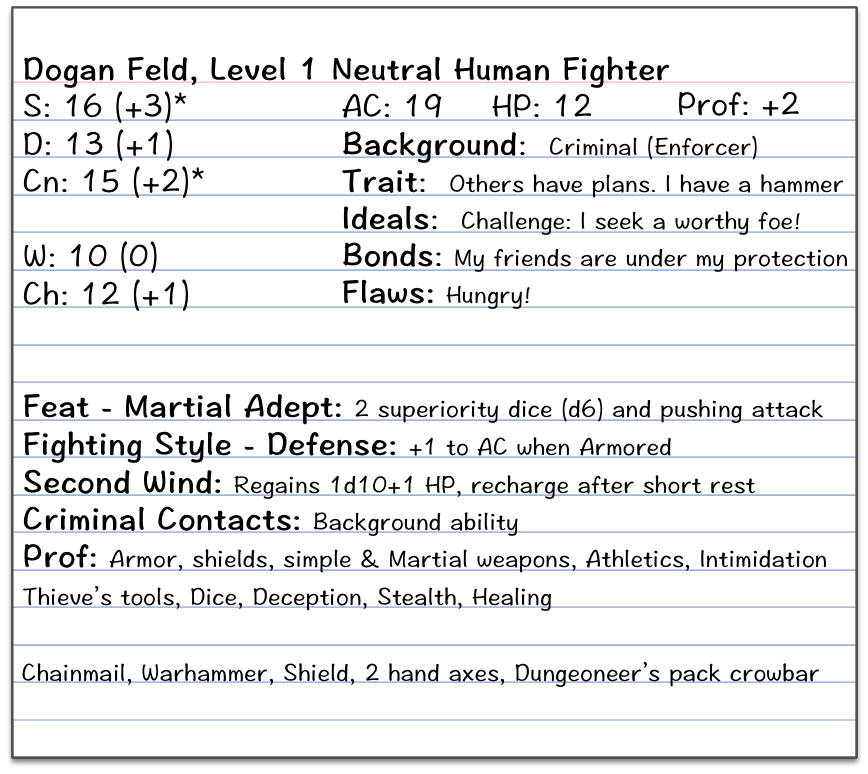 I used the optional human rules to give him a starting feat and skill. I made the skill healing, since I was not going to address the druid move elsewhere.  I also tweaked the Martial Adept feat to give one move and 2 dice rather than 2 moves and 1 die, partly because that seems more fun, and partly because the push attack is the only reason I took the feat at all (and I note, this reveals it’s kind of a cheaty backdoor into a wide range of feats). Notably, he did NOT get Bellringer out the door, which would be a dealbreaker.  Were I running this, I would absolutely be using Earthdawn style “grow with you” magic items, and I’d probably just gift him with it.

Anyway, I bumped him to 7 and he looks more like: 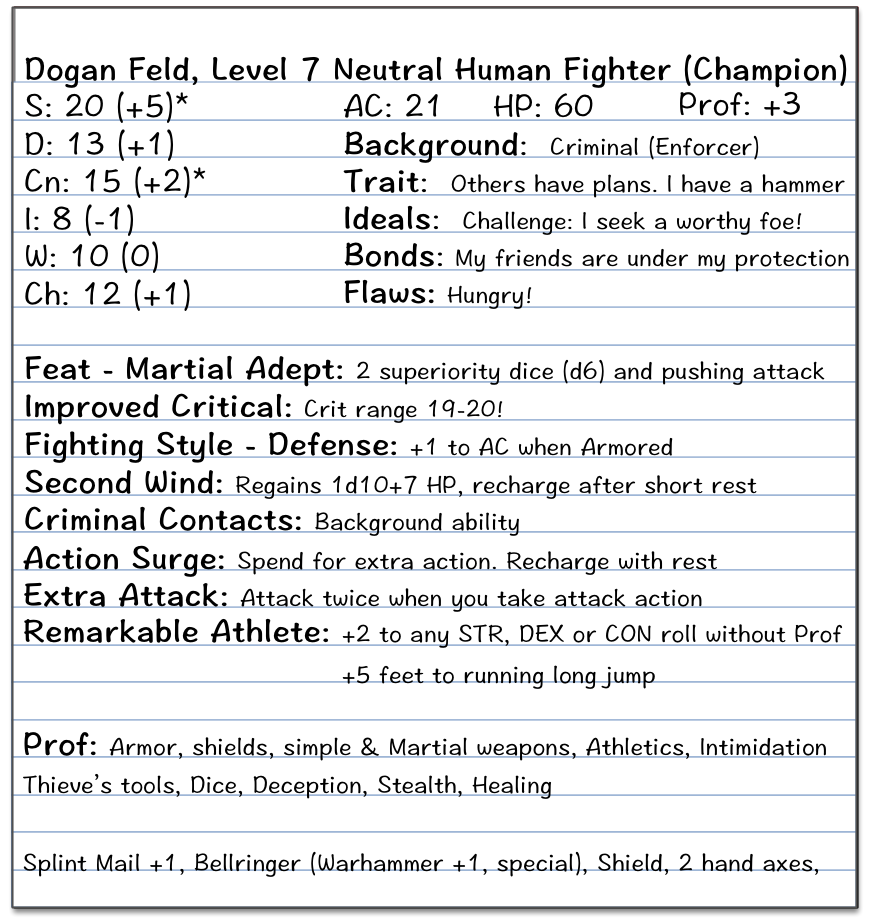 That’s badass, but it definitely suggests (to me) that 1:1 conversion is not the way to go to capture the feel of a DW character.  But I’m hesitant to go full 2:1.  Also, Remarkable Athlete feels kind of lame as an ability.

Anyway, excepting the things which were obviously going to be problems (druid multiclass and the specifics of the signature weapon) I think the feel came across – this is still a dude who just soaks up and deals out damage, so it’s largely there.  And it has me wondering about a weapon-bearer Martial Archetype.