‘Income Streams’ is one of those ideas that I’ve seen appropriated by hipster marketing, but which I give some thought to anyway. The idea is that if you want to secure your financial future, you’d be well served to set up multiple sources of income (‘streams’) to supplement your salary. Rental properties, freelance work and financial assets that pay regular dividends are good examples of additional income streams. The idea is that the more of these you have, the more secure you are. Even if the total volume isn’t huge, the diversity means you’re more likely to weather a storm that might knock out one or two streams. Someone who relies on a single stream (that is to say, a salary) will pretty much live or die by that one stream.

Well and good, but where the marketers come in is in merging this with production and the internet. If you’re creative, they say, you should be able to be able to make STUFF with VALUE! And because the internet allows low cost distribution and delivery of your STUFF, you can turn your creativity directly into money. And if you’re not sure how to do this, then you can be sure they have no shortage of books and seminars on the topic that you can buy[1]. 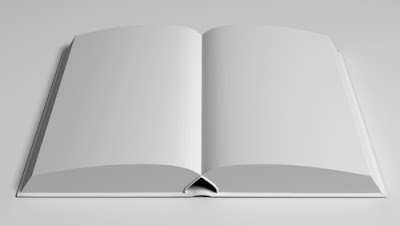 But that got me thinking about gaming because, to be frank, this is not the best paying gig out there despite being stuffed to the gills with smart, talented people. There are plenty of reasons for this, supply may outstrip demand for one. That it’s one of the most tight-fisted of hobby markets is another. People will tell you with great authority why it is so, and so long as you grow more suspicious as they grow more certain, it can be an interesting topic.

But that got me thinking about income streams. Gaming doesn’t have a lot of evergreen[2] products (written ones in particular), and it’s curious to me why this is so.

Some of this is the nature of the products. Games age, die and are reborn. We have a habit of considering any game that is not currently in active distribution as “Dead” even though it’s no more or less playable than it was. The net result is that everything is built on a slow churn that guarantees that almost any product will become irrelevant in time.

Some of it is the sales model. Before the Internet, there were practical limitation on shelf space in what were mostly small, private shops. Things aged and were moved into the discount bin. If something was evergreen, it only remained so for as long as the game was “alive” and it would eventually just vanish.

Some of it may be that there aren’t many products with the potential to be evergreen. Setting aside the birth and death of game systems, there are not a huge number of systemless books out there which are as useful now as they were ten years ago. There are some (Grimtooth’s traps, Robin’s Laws of Good Game Mastering and Nightmare’s of Mine, to name a few) but they have historically run into problems with distribution or availability. Even if players want them, there’s nothing saying they’re necessarily available.

But that’s all changed of late.

While WOTC has managed to kick the idea of e-publishing in the junk, there are still many many games that are now available through different channels, from digital download to print on demand to direct distribution or distribution through small outfits like IPR. With this, a lot of the barriers that might keep a product from being evergreen have been removed.[3] There’s still a shortage of products designed for longevity, but that seems self correcting.

As it stands, I think the only real limiter remaining is the pdf.

PDFs have a lot of advantages, but they are mostly advantages that any other digital format would share (durability, portability, ease of storage and so on). In contrast, a lot of the limitations of PDF are not necessarily something that other formats will share. Formats that are designed for reading, rather than to simply emulate the printed page, are going to have a much longer shelf life as reading devices become more ubiquitous. Today it’s the kindle. In a week it’s going to be the iPad. In a year, it’ll be something else. But whatever form the technology takes, we would be well served to consider the utility of books that are going to be able to be used by the next generation of readers, not merely displayed on backwards compatible devices with big enough screens.

Which brings us back to income streams. A sale now is good, be it print or PDF, and it’s easy to just leave it there. Gaming products are fringy, and there’s no way to be sure that your product would keep selling after that initial burst of interest. And all I can say s this: if that’s how you make your decision, you can be sure you’re going to be right.

So here’s my question to everyone who hopes that maybe that thing they wrote today might still make them a few bucks in five or ten years: why aren’t you writing an ebook?

1 – I sound cynical because I am. I still read marketing books because they’re often useful, but it’s important to remember that the primary argument for how marketing is really about passion and authenticity and storytelling comes from the marketers. Seriously, I’d like to believe. It really is easy to market something you’re genuinely passionate about, because then the challenge is figuring out how to communicate that passion. Heck, it’s even kind of cool to market for someone else’s genuine passion, because you can try to capture that. But if you ever, for a second, think that’s what the bulk of marketing is, I suggest you watch a beer ad sometime.

But I’m not upset about this, I’m really not. Marketers gotta get paid, same as anyone else, and I can’t really object to them realizing that the thing they really benefit from marketing is marketing itself. But I’m disinclined to line up to celebrate it.

2 – An evergreen product is one that will keep selling every year, in contrast to a bestseller which may sell big for a year, then dwindle to no sales over the next few years. The Lord of the Rings novels, for example, are evergreen. Every bookstore carried them because you could always count on a steady flow of sales. Note that this can be a little fuzzy. Some game _lines_ are evergreen (Cthulu, D&D) but the actual products are not. Similarly, dice are evergreen, but I doubt any particular dice are.

3 – Though some have been replaced. With a million zillion products available, it it easy for a potentially evergreen product to simply disappear.

38 thoughts on “Blood from a Stone”