One of the biggest problems with any system of resolution on a MUSH is that it’s a low-trust environment, by necessity of being broadly multiplayer. Small groups may form to play in isolation, and within those groups the play may be very high-trust, but that breaks down for any sort of public play. Public play[1] is essential to a MUSH (because otherwise, why not just play remote tabletop?) but at the same time it introduces most of the logistical complications for the system.[2] 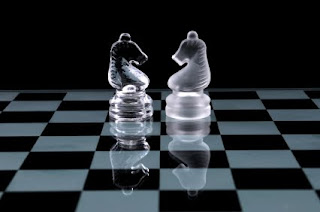 Getting trust in a public context is rough. A referee can handle it, but that’s labor intensive and subject to calls of bias and other nonsense. System can handle it as well, but doing so requires clarity in what the system can and can’t do. If the system allows for undesirable outcomes, players will avoid it. To provide an example, if the system allows for an outcome where you might win by enough to cut my head off, I am likely to assume that is the outcome you will go for. This is basic risk math – if a potential outcome is overwhelmingly bad, I need to prepare for it, even if the likelihood is low, because risk is based of likelihood AND cost. Because death is the ultimate bad outcome, it’s price is effectively infinite, so even if there’s only a fractional chance of it happening, it still looms largest in my personal math.[3]

What players really need is a degree of “Safe Harbor”, a certain baseline of protection against bad actors. This could be a simple set of rules, like “Characters can’t be killed, crippled or removed from play without their consent” but as soon as you lay down such rules, people start to weasel around it. They try to find ways around those limitations, or apply social pressures to force people to give their consent. In response, people refuse to consent to a broader and broader circle of things by virtue of indirect impacts (“You can’t kill that NPC because it would socially cripple my character!” and such) and we find ourselves back at square one – little trust and little fun as a result.

Now, at the risk of sounding tangential, I’m very pleased with the RTA stat system. The stats (Force, Grace, Wits and Resolve) are all about how you do something more than the specific details of what you do. Force could just as easily be strength as it could be kung fu, or just luck in dropping heavy objects. Wits could be intellect, cunning, situational awareness or god knows what. The bottom line is that there is a mechanical core (the value of the stat) that offers guidelines for a very broad range of color (a term for description of actions and things) surrounding it. I mention this because I think this same logic could help the trust issue.

Mouseguard has a wonderful system of consequences as a result of conflict. There are a small set of statuses a character might acquire as a result of a conflict, things like “Hurt”, “Sick”, “Angry”, “Tired” and so on. There aren’t a lot of them, and while they have very specific mechanical effects, the color is entirely flexible. “Hurt” could mean a limp, arm in a sling, a bandaged head or anything else you can think of within that general definition of hurt. This is not as fine a grain as a lot of injury systems, but there’s a good case that a finer grain is not necessary.

I think this could probably be stolen for a MUSH (or LARP) pretty effectively as a way of creating implicit safe harbor for conflicts. If there are a list of explicit consequences (with mechanical effects) then players know exactly how bad it can get, and with the flexibility of the color, players can protect their concept. That is to say, if Derek and Anne get in a fight and Anne wins, the rules might dictate that Derek gains the “hurt” status[4], which will have certain mechanical effects, and last a certain amount of time. Anne controls the mechanical element (whether or not Derek gains the status) and may use that as a point of negotiation. Derek has authority over the color (though he will hopefully take the events of the scene into account) so he ultimately can decide whether one of the cuts he took was meaningful or if he wrenched his shoulder dodging the last attack or whatever else he can think of. 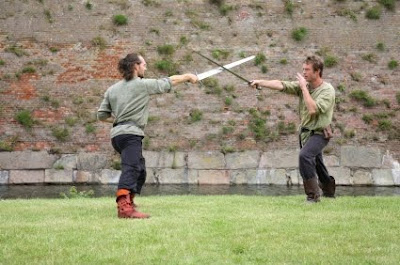 Now, this works great for swordfights, but this also opens up social conflict in interesting ways. One big problem with any social conflict system on a MUSH is that players are intensely attached to player autonomy, partly because of the nature of the games and partly because – historically – a lot of games in the past have had strong streaks of mind-control sex and other potentially squicky behaviors that leave people super wary. In the risk/reward calculation, surrendering autonomy is possibly even worse than death, so the mistrust is even more intense. But if losing a social conflict means a character is “angry” or “flustered”, but the way to play that is still clearly in the hands of the player, I suspect you might find people a little more willing to mix it up.

So, I lay this out in the manner of an exorcism. I do not need to be spending brain bandwith designing MUSH systems, so I leave my thinking on the table, and go get a cup of coffee.

1 – Sometimes cynically referred to as “Bar Play.” It’s an old joke, but most public scenes on MUSHes tend to happen in bars because they are one of the few places that people can legitimately just hang out until something interesting happens. This is one of the consequences of a lack of direction – if you want to play but have nothing you want to accomplish (or more importantly, no way to actually proceed with it) then going someplace public and hoping to bump into people tends to be the best option. This is probably not ideal, but it’s a reality of the structures of play, and it has some upsides – for many players the socialization element is the reason they play in the first place.

2- At its most basic, it makes it very difficult to delineate when a scene begins and ends – people come and go, and events rise and fall. That’s pretty hard to hang any sort of scene-based mechanic off, and the ability to begin and end scenes cleanly is essential for a lot of the more clever rules out there that might otherwise be very helpful in a MUSH context.

3 – There’s a whole lot of fascinating psychology to this, but the bottom line is that we are far more sensitized to dramatic, extreme risks than we are to ones that seem low key. Consider the fear of flying: you’re much more likely to die in your car, but we’re used to our cars, and a car crash is less dramatic than a plane crash, so we discount it.

4 – There might even be more variety. Maybe Derek can fight defensively and get the “Tired” status instead (or put “Tired” on Anne). Maybe Anne has a gift that lets her poison her blades, so she can choose for Derek to be “Sick” rather than “Hurt”. The mechanical options are broad and fascinating (especially in how it relates to types of fights and potential tactics and abilities) but would start turning into full-bore game design from here.