Following up on Tuesday’s post with the second half of the lessons from Road to Amber.

Lesson #6. People Lie Without Even Knowing It
If there is one single thing that makes staffing a game absolutely maddening, this is it. I’m not even talking about the people who intentionally lie about things (though there are plenty of those) but rather people who are sure they want one thing, but actually want something entirely different. This comes up most often in the context of risk and conflict, but it can really come up in almost any context.

The simple truth is that the least reliable yardstick of what people are looking for in play is what they say they want. There are exceptions, of course, but you will drive yourself mad trying to find them. Ultimately, you need to apply a skeptical ear to requests until you’ve had time to see people in play (and specifically, how well they can handle being in a bad position).

Lesson #7. Ownership is Powerful, but Stagnates Over Time
One of the most effective ways for staff to delegate responsibility is to give the control of setting elements to players. These prop controllers (“PropCos”) have the autonomy necessary to make the decisions regarding matters that might come up in play without needing to consult staff. This tends to be awesome for a while, but eventually the situation will come up where the prop may be endangered, and the player is put in the unfortunate position where he might end up diminishing the prop if he allows that. Since that would mean diminishing the potential for fun in the future, he makes the rational decision to preserve the prop. Thus, with every good intention, we start a decision-making chain that ends in the prop never changing, ever.

This one’s pretty hard to shake once it sets in, and most attempts to do so result in bad feelings and other unpleasantness. You can try to establish strong rules for what owners can and cannot do, but those are only worth the paper they’re printed on (so to speak). I sometimes wonder if there might be some way to subject props to regular review, but that only feels like half of a solution. I expect this one to bug me for a while yet.

Lesson #8. Nobody Reads Anything Longer than an Elevator Pitch
An exaggeration, sure, but it speaks to an important point – people want to get data quickly and get on to the next thing. Of all things, twitter makes for a good set of guidelines for this: ask how you would express an idea with explicit limits on the number of words or characters you can use.

Lesson #9. It is Easier to Ignore Direction than to Find It
The greatest problem for players in any large game is answering the question “What do I do now?” Some players excel at answering the question, and can enthusiastically make their own fun, but even the best of them will occasionally find themselves bogged down. In those situations, it helps if there is some default action to take or direction to go, something that can be picked up and run with. There’s a lot of resistance to this idea since it tends to manifest as “metaplot” or “Railroading” but unless the GMs are forcing it down people’s throats, then this is a good thing to have. The people who need it can tap into it, and the people who don’t can ignore it.

The dark side of this is that the most effective kind of direction takes the form of a problem. In and of itself that’s not bad, but it becomes a problem when players come to resent problems and want them to go away, not realizing that in doing so, they are taking away their direction. They play and solve the problems of the day, but unless they’re willing to embrace new problems, they are killing their own fun.[1]

There’s no good fix of this, short of people realizing that problems are what fend of boredom in fiction, and that’s not happening anytime soon.

Lesson #10. Finish 100%, Show 25%
This is sort of the flipside of “Prune, Don’t Seed”. Have everything done and in hand, but don’t show it all. The image that the players will create from incomplete information will be vastly cooler and more compelling than whatever your idea was, and the only thing that will ever come from a full reveal is disappointment. This is total man-behind-the-curtain, illusionist sleight-of-hand but it is incredibly potent and incredibly important.

This is one of those ideas that I need to step back from a little because i find it profoundly self-evident. That’s great for me, but it makes for a piss poor explanation, so let me break down the benefits.

Of these three, I cannot overstate the potency of the first. People are, by their nature, very strongly invested in conclusions they come to on their own, right or wrong. If you can tap that, your game stands to benefit a lot. 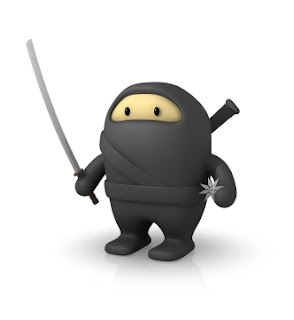 Extra Bonus Rule 0: Work With Ninjas
The simple reality is that Helix, God of the MUSH, is a coding machine, capable of creating entirely new systems and doing so in an incredibly short timeline. That allows rapid prototyping, which is incredibly useful.

However, Helix is also one of the kindest, smartest, and also most pinpoint-orbital-strike-weapon-like people it has ever been my privilege to call a friend. She was a joy to work with, and that underscores the most important point. The people you work and play with may have all the skills and talent in the world, but if they’re not people you enjoy, none of it is worthwhile. I don’t regret my departure from RTA, it was the right decision, but I do miss the collaboration.

1 – I feel like the Lorax here, if he were a nerd rather than a hippie.